A Ubuntu install fest, in association with KOSS and IEEE Section IIT Kharagpur was conducted on 4th September 2016 from 2 P.M. to 6 P.M. at Room 119 CSE Department.

The earlier tentative date for the event was Sunday 28th August 2016 but it couldn't materialize because we were refused a booking of CIS. The posters for the event were released on 3rd September and were shared on various facebook groups on mailing lists. 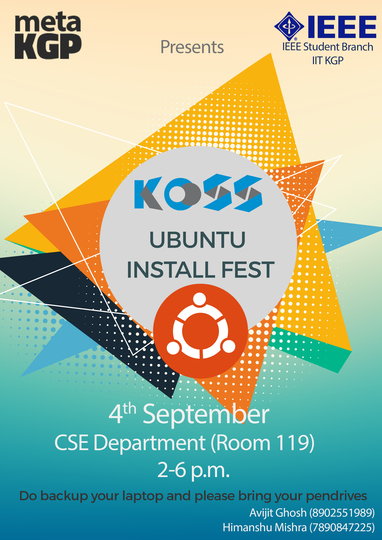 We saw a lukewarm response as there were only 15 to 20 participants. The possible reasons for this are: